On the 20th of February the school had a Rhino’s Arts Competition. The learners decorated and submitted their Rhino anti-poaching posters and the posters were judged by the group from Amakhala Game Reserve. In the poster you had to use your imagination and decorate it however you was your rhino fantasy to be like, the learners also wrote small messages about the rhinos in the posters. The winners of the competition received different gifts from Amakhala group.

Congratulations to all our winners. 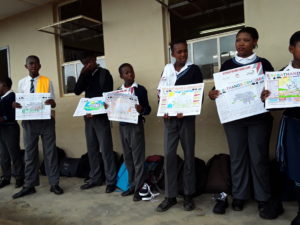 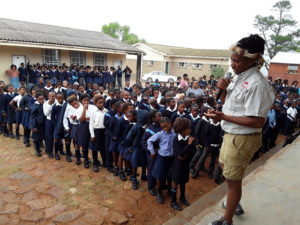 Motivation for a Drug Free Tomorrow
Scroll to top